Avalanche activity typically continues into summer in northwest Montana. Snow stability can deteriorate quickly with subtle changes in snow, rain, wind, sun, and temperatures. Until the snow melts, assess weather, snowpack, and terrain, and practice safe travel techniques that minimize your chances of triggering slides and the consequences of triggered and natural avalanches. Consider conditions on slopes above you while you’re traveling, as many Springtime avalanche concerns involve natural avalanches. 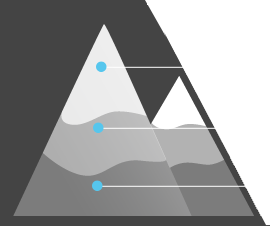 Loose wet avalanches are the most frequent avalanche problem in the spring. Unconsolidated new snow or saturated old snow sheds off steep terrain with rising temperatures, sun, or rain. These slides release from a single point but produce a surprisingly powerful amount of debris if they run long distances or entrain a lot of snow.  Rollerballs, pinwheels, or natural sluffs warn of decreasing stability. Move to colder snow or lower angled terrain when the snow becomes slushy or gloppy, and use extra caution below long, confined gullies. 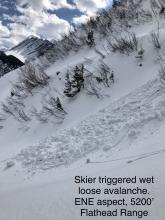 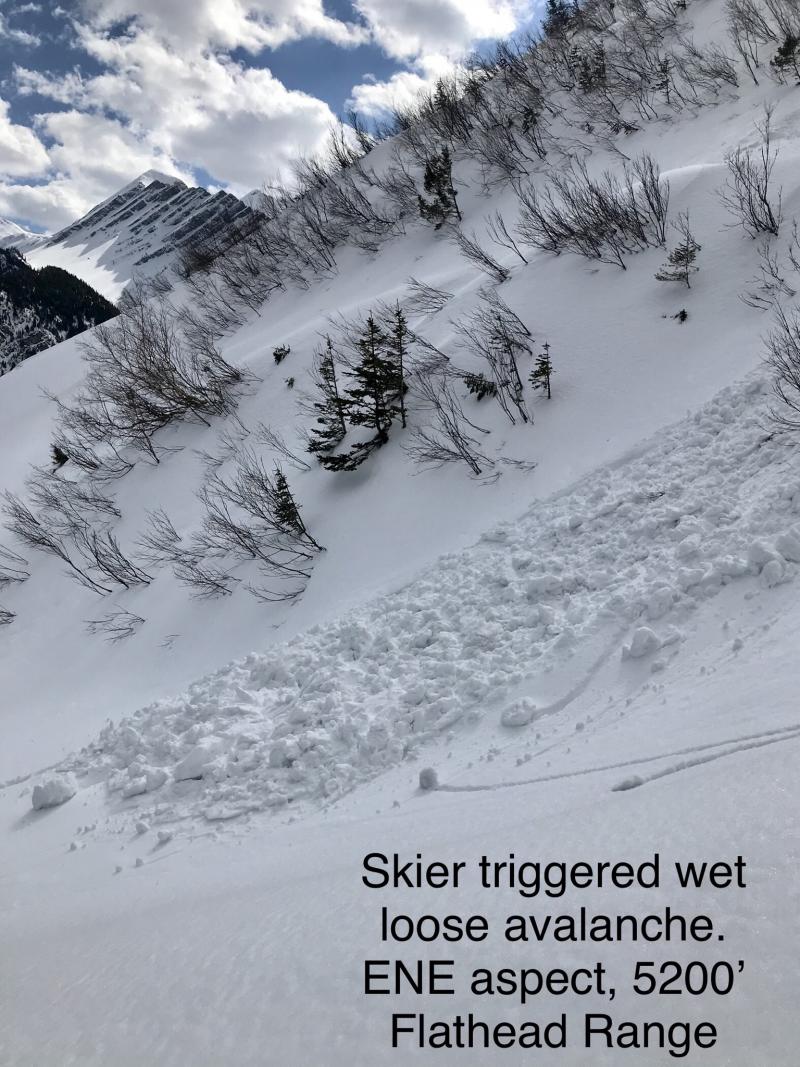 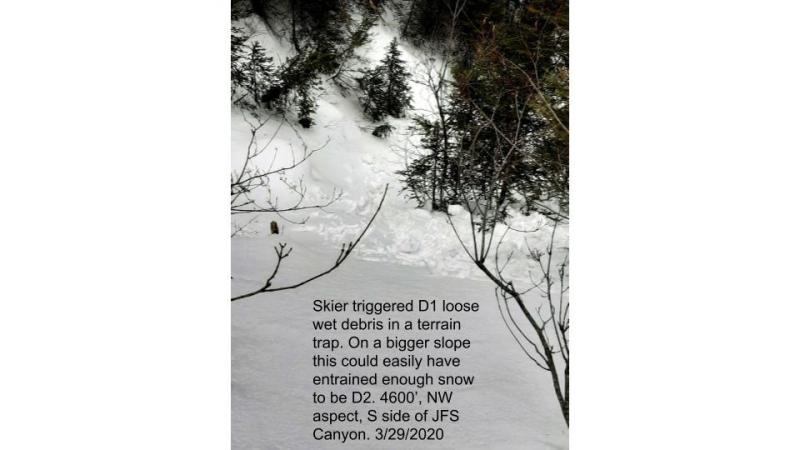 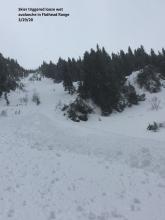 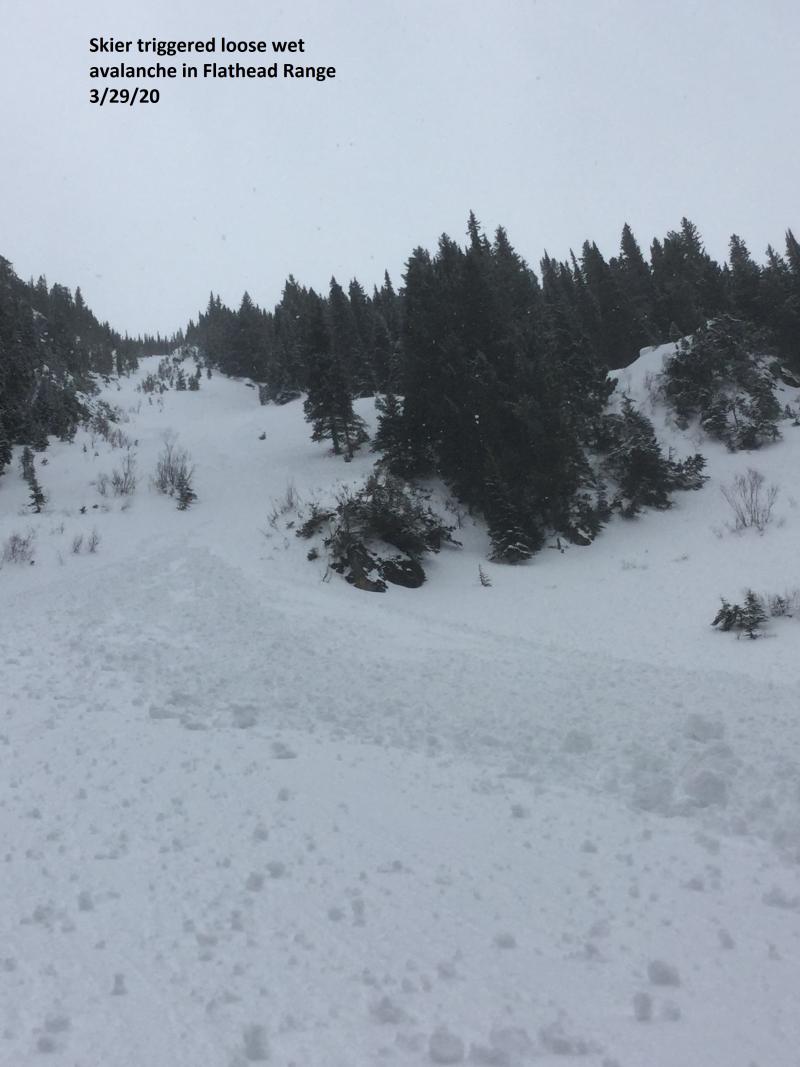 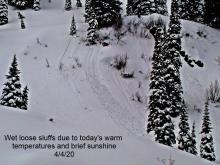 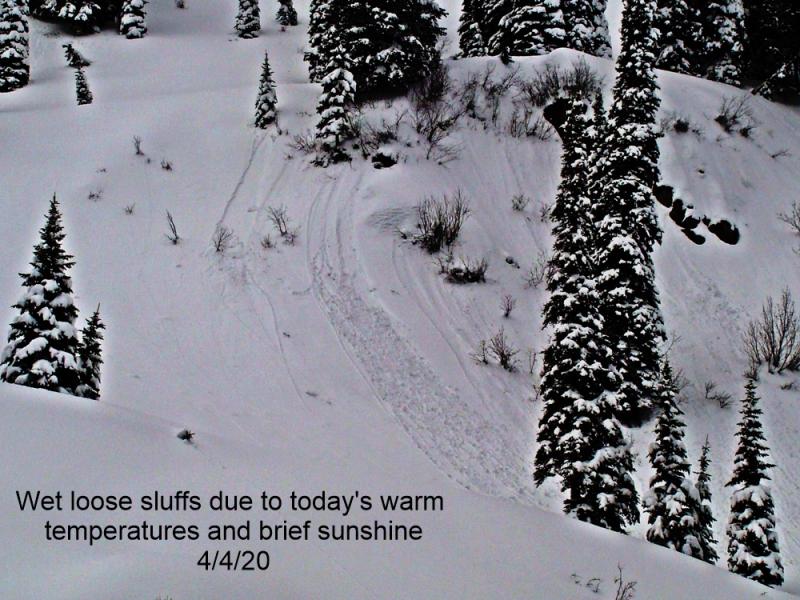 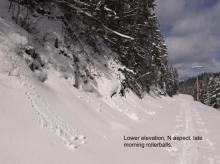 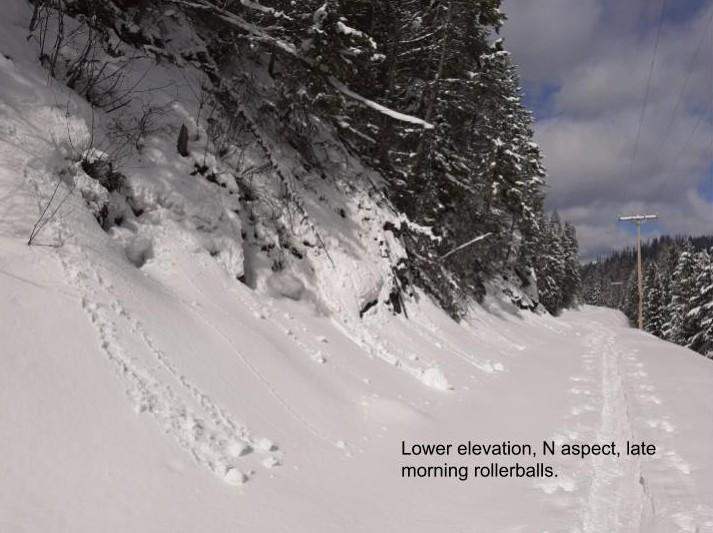 Spring snowstorms often mean a return to winter-like conditions and a revival of wind slab, storm slab, and loose dry avalanche concerns. The danger these pose depends on the amount of new and drifted snow that accumulates, with more snow equaling larger, longer-running avalanches. Their sensitivity to human triggers tends to diminish after several days. During active weather, monitor storm totals, wind loading patterns, and bonding of the new snow to old snow surfaces, particularly melt-freeze crusts. Shooting cracks, more than a foot of new snow, or blowing snow are signs to stay off terrain steeper than 35 degrees. 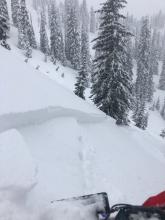 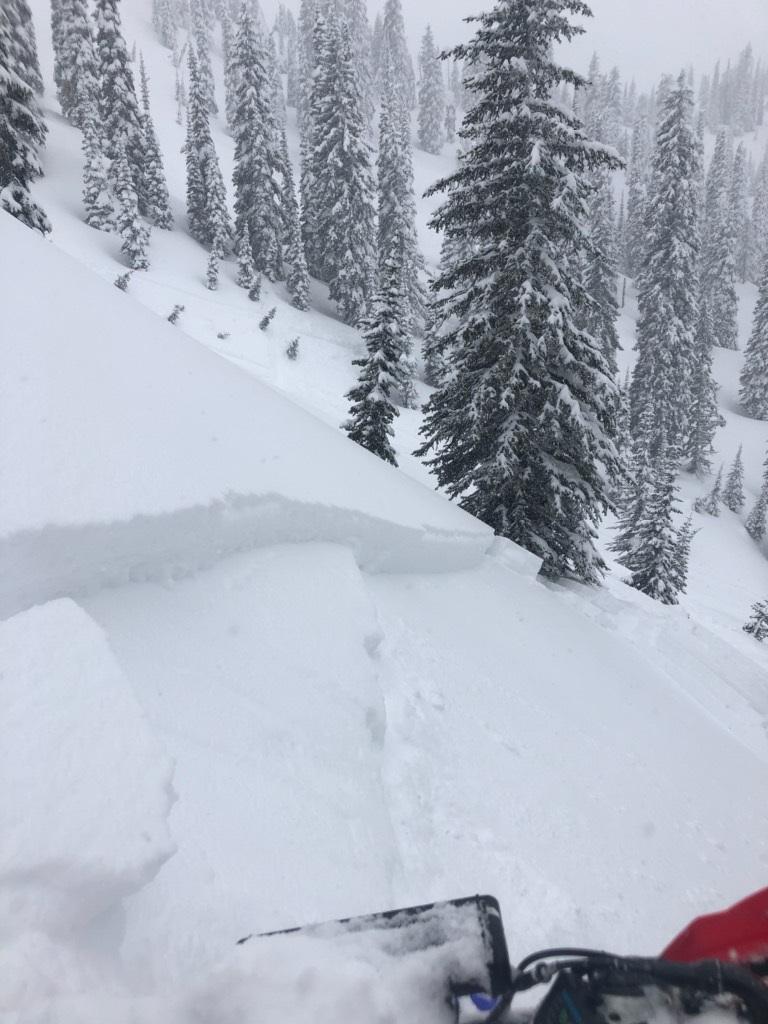 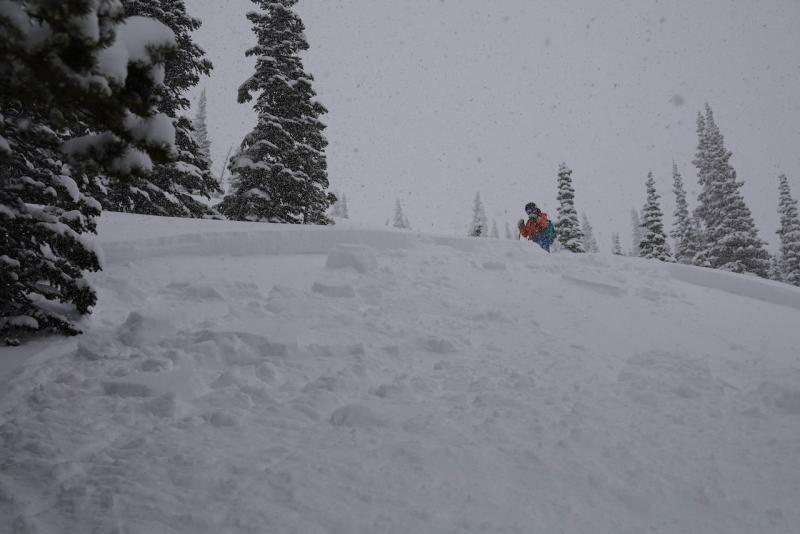 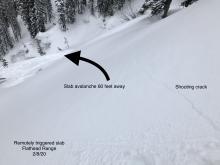 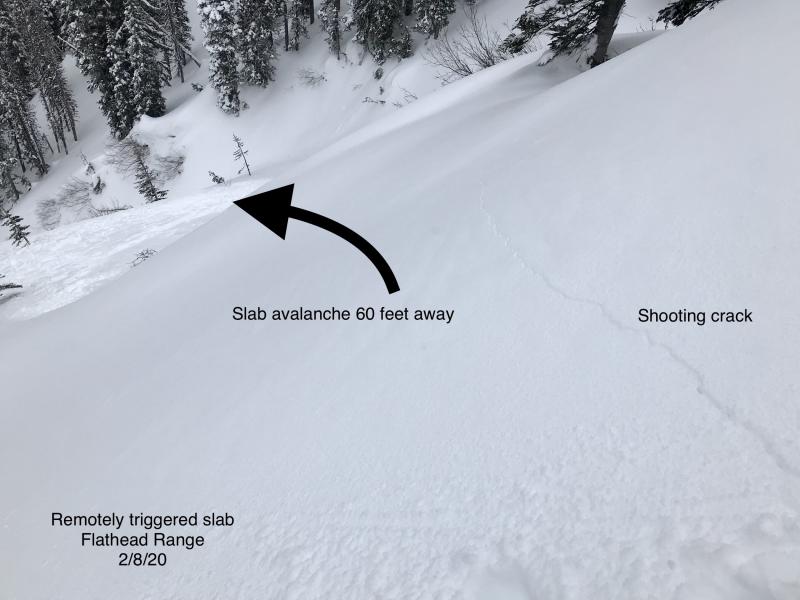 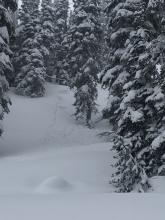 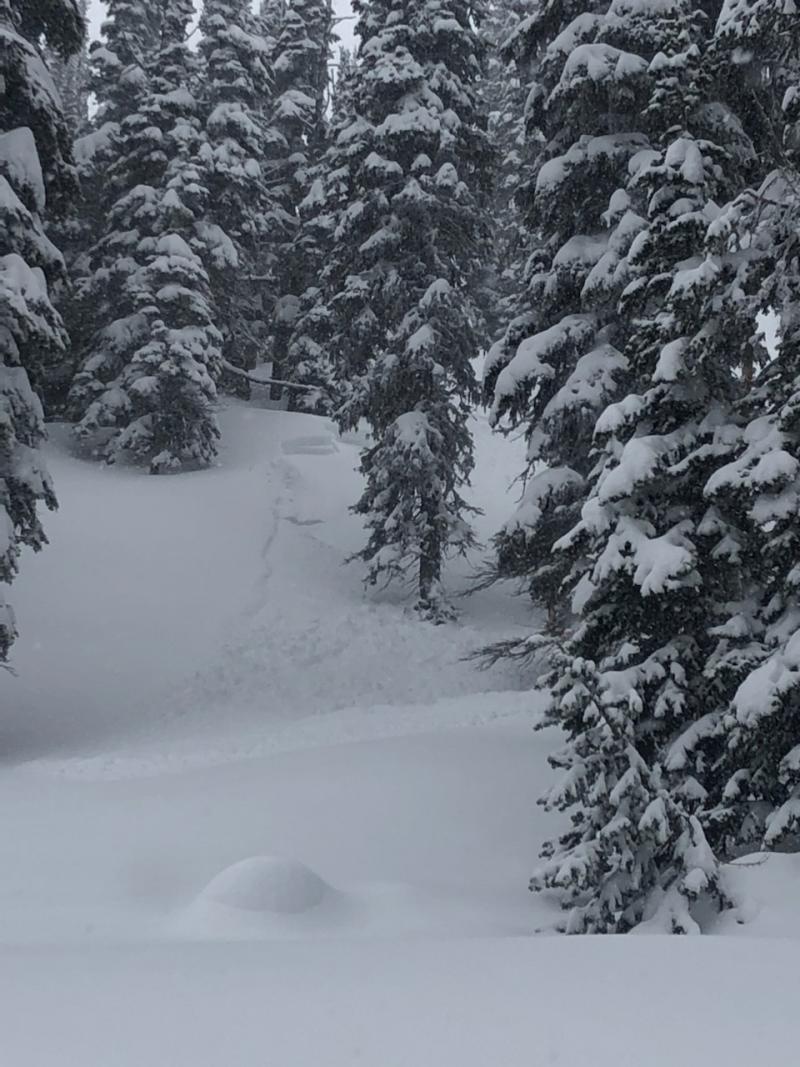 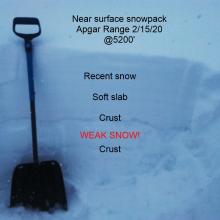 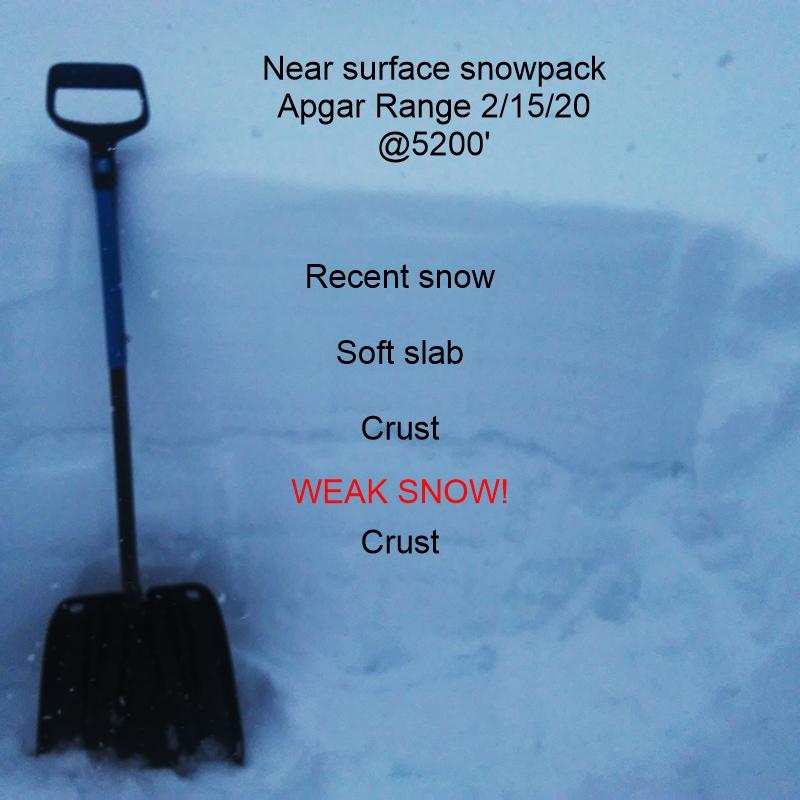 Wet slab avalanches usually fail during prolonged or intense warmups, as meltwater pools and compromises the strength of deeply-buried weak layers. Your best defense is to travel early while the snowpack is frozen. If the snowpack doesn’t refreeze overnight, avoid steep terrain. Post-holing in wet snow is a sign you’re not welcome in avalanche terrain. Meltwater in the snowpack can also lubricate the ground, resulting in unpredictable catastrophic glide avalanches. Avoid traveling below slopes with glide cracks or large, overhanging cornices, especially during or shortly after warmups. These conditions can result in very destructive debris that runs across all elevation bands onto bare ground. 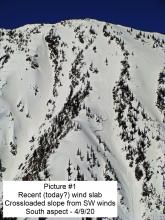 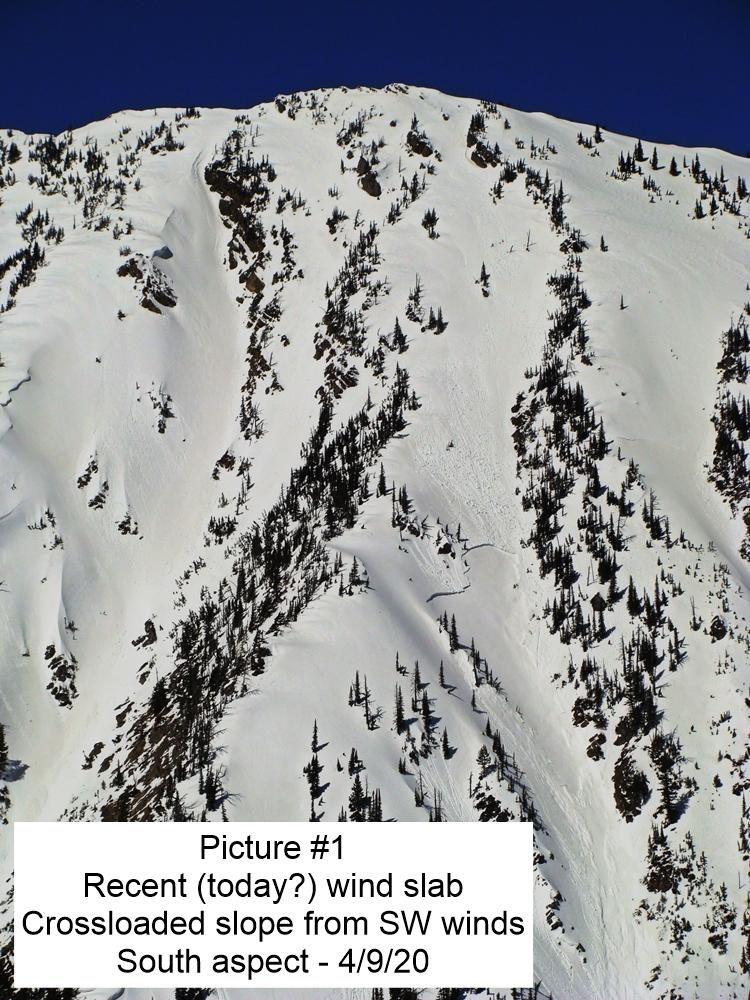 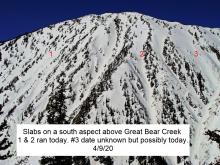 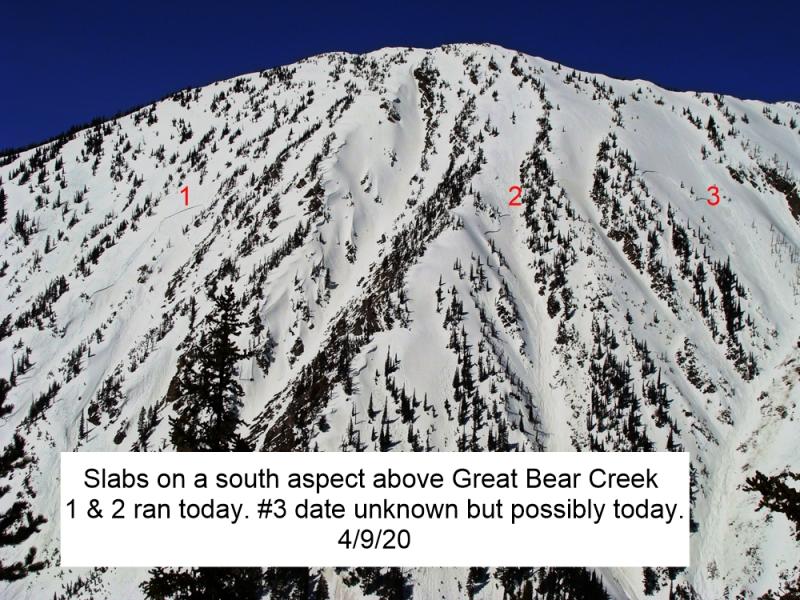 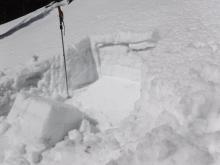 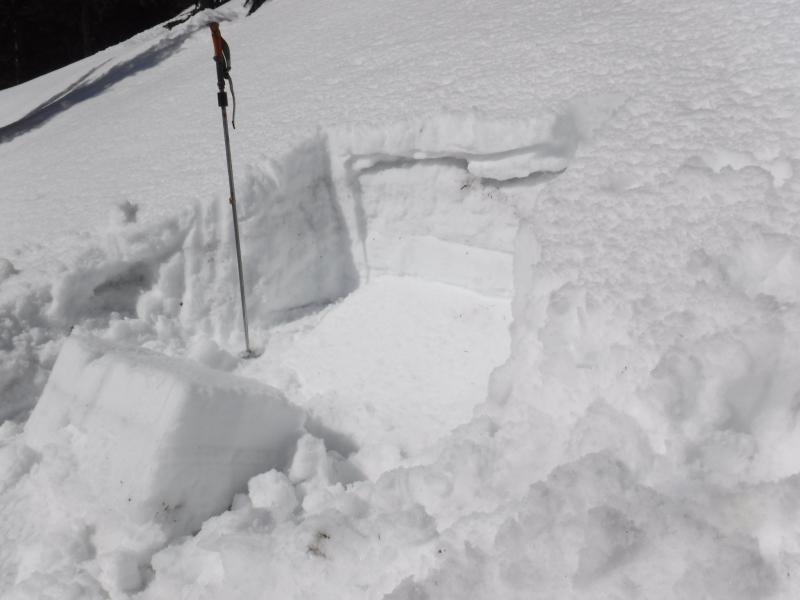 The FAC is closing its doors for the season, but avalanche concerns aren’t going away anytime soon. Many low-elevation slopes are melting out, and a widespread wet snow avalanche cycle occurred in late March on most mid elevation terrain. In these elevation bands, the most common avalanches this spring will be wet loose slides or storm-related instabilities near the surface.

On shadier aspects above about 7,000 feet, the snowpack remains largely dry and winter-like as of April 15. Several crust-facet combinations exist at the base of the snowpack on upper elevation slopes; these have the potential to produce large, destructive wet slab avalanches during a dramatic and prolonged thaw. Consecutive nights without a refreeze at higher elevations or recent wet slab activity mean it is time to take up a summer hobby until the snowpack refreezes again or transitions to a mature state.

On April 13, a skier was caught and carried in a soft slab that broke on a melt-freeze crust. While the incident occurred outside of our advisory area, it is a clear reminder of the Storm Slab avalanche problems that develop after springtime snowfall. In May, 2018, a skier was caught in a cornice fall avalanche on Heavens Peak in Glacier National Park.  This incident is another example of a springtime avalanche concern. Both reports make for good reading and can help keep you out of similar trouble.

We encourage you to continue to share and check observations, and use our weather stations map to follow conditions.  We will continue to update our social media with critical observations.  Thanks for a great winter and have a safe spring!   -Zach, blase, Mark, and Clancy.